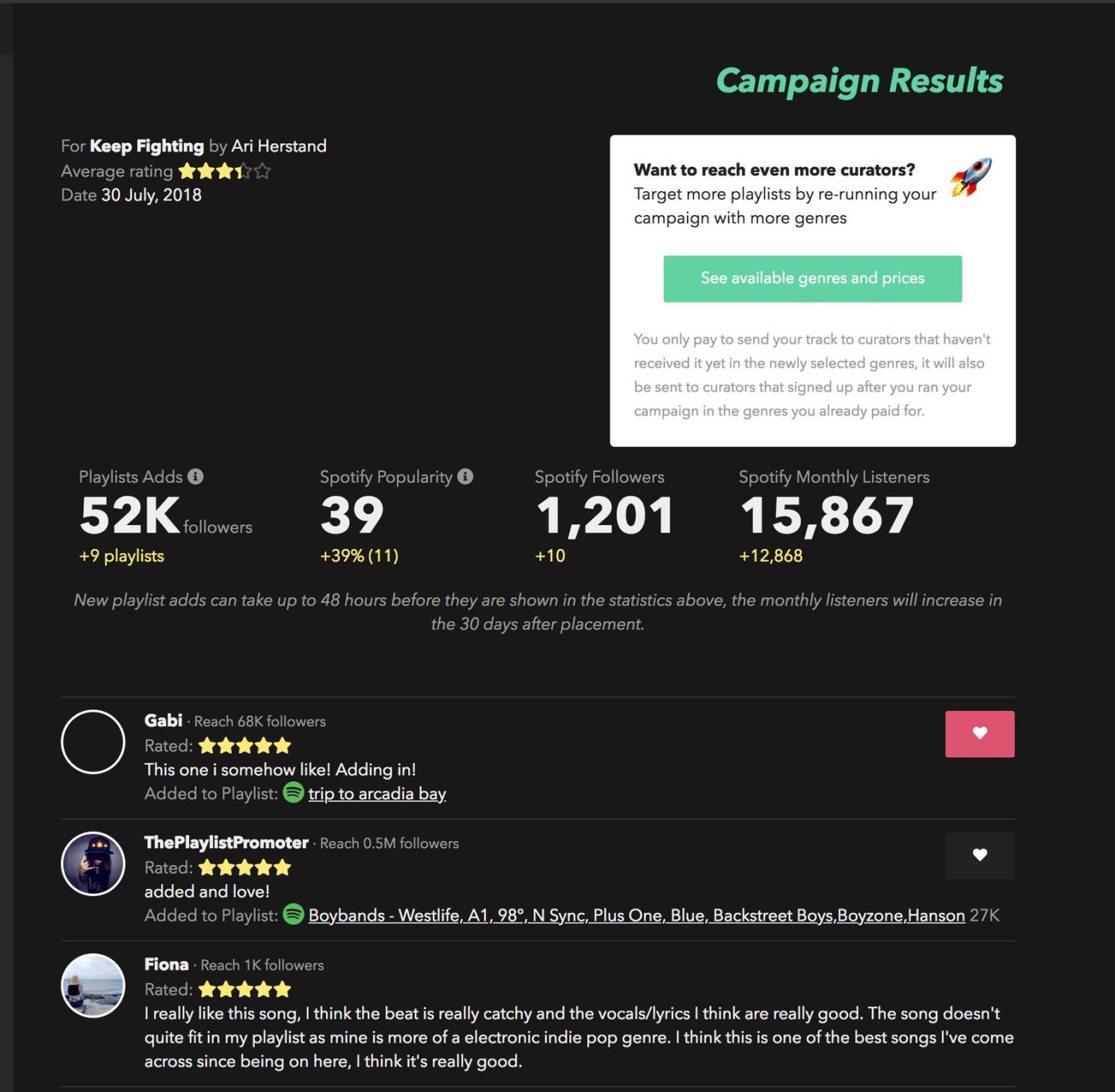 But how do artists actually get on these playlists?

Now that Spotify has enabled artists to submit directly to official Spotify playlist editors via SpotifyArtists, you can try to go through the front door and do your best to try and get on official playlists, but unless you have some serious buzz, it’s unlikely.

A clearer path to Spotify success is getting on a bunch of user-generated playlists, which can generate a lot of streams that will then trigger Spotify’s algorithm and potentially get your song added to the algorithmically-generated official Spotify playlists like Fresh Finds, Release Radar and Discover Weekly (with a potential reach of millions). Other official playlists (the ones that are “Created by Spotify”) are becoming algorithmically generated, but that information isn’t public. And the biggest Spotify playlists like Today’s Top Hits and Rap Caviar, use data to decide whether a song will make it on the playlist or not. It’s becoming less the will of one single person and more of what the data dictates. However, if one single person at Spotify really digs your music you can bet that you will get included on a bunch of hot playlists and start earning some serious cash (has happened to many of my friends).